UT’s Entrance Named One Of The Best In College Football 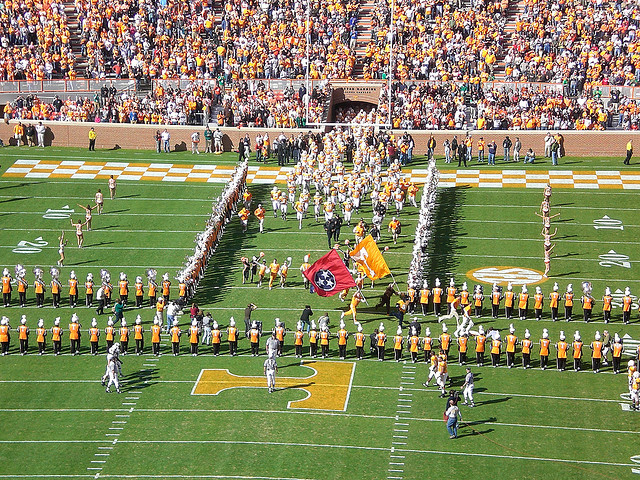 Running through the ‘T’ has been a longstanding entrance for the UT football team. It was started back in 1965, when coach Doug Dickey, moved the team’s bench to the west side of the stadium to allow the Vols to enter the field just before kickoff. This change is what allowed the team to run through the large ‘T’ formed by the Pride of the Southland Marching Band.

Since then, it has been tradition for the University of Tennessee Volunteers to run through the ‘T’ at the start of home games. Even when the Vols moved to new dressing rooms in 1983 under the north stands, the ‘T’ remained as UT’s entrance. Instead of forming east to west, the ‘T’ formed north to south. This longstanding, classic entrance is what makes UT’s entrance one of the best in college football.

Here is the complete list of best college football entrances:

What do you think of this list? Do you think UT has one of the best entrances in college football?  Also, be sure to show your support for the University of Tennessee football team the on the USA today fan index page by participating in the weekly polls.